I’m big fan of the plants and flowers put on the table in restaurants, caffes etc. I don’t know why exactly, maybe they tell something about that moment or they look like they are guarding the void of that space. Anyway, i start another little series about it. Digital painting allows me to make the image on that moment. #migueltanco

I have a sketchbook that i called #littlestories. I try to tell and narrate something just with one image, is very challenging but useful. Some of this and more will try the 10-11th January 2020, close to Firenze, at the Scuola di Illustrazione di Scandicci in a course to organize yourself to create picture books projects. Come join me here: Miguel Tanco.Progettare un picture book d'autore.Workshop !! #scuolaillustrazionescandicci #migueltanco #albillustrati

"The LIJ (children’s and youth literature in spanish) is very broad, so I’m going to focus only on the fiction LIJ. Working with some novel authors, the issue that worries me most is the ideology within the book. Teaching several album creation courses a year, I listen to ideas that are too ready-made. In most cases they are noble causes and how I am not going to support them and help in what I can carry out the project if necessary, but I am obliged to recommend not facing literature in its creation process in this way.

I understand that everything is part of a mechanism connected between authors-editors-bookstore-readers, but there are too many books we see and our children read, which are made with a pamphlet mechanism of ideas already set. Literature, art, painting and illustrated books are wonderful because they go far beyond all that, the fact that there are books that work perfectly on social issues or problems do not make them an end in themselves.

Social, political or moral ideas should only be casual goals of a much greater longing. I ask my students to transcend to reach levels of abstraction that allow us to perceive part of what we do not know. Touch and feel where the syntactic rules do not arrive, as in a poem.

The author’s mission is to go beyond what he does not know, and not delve into what does not admit replication because his opinion is already formed, thus acting as a further gear in the transmission of a collective idea. I don’t think we are for that, in my opinion we are for something else. We are a means of transmission, yes, but of ideas much larger than ourselves and our small opinions. Sometimes we act with philosophy, but not as artists.

The idea for a book has no direction, no purpose, no program. The idea is presented at your door at 3 in the morning and we accompany it where it tells us, with doubts, in pajamas and we go where it is necessary to go.

In my opinion, only when the book is open to the reader and not treated as a simple recipient of a manifesto, but as a necessary contributor to a fiction, is when the book takes flight.

Fiction literature would not be necessary if the same instruments are used as in nonfiction. The push of the politically correct has made the authors shine so as not to catch their fingers. Let the reaction be studied before the action.

If any reading of an album is perceived in political terms, obviously the writing suffers and is previously vaccinated. The result is an unhealthy balance between right and empty.

In a NYT article called “Should children’s books avoid propaganda?” President Claudia Millls of the Children’s Literature Association states that there is no escape, that everything is a political statement. If there is a family composed of a father and a mother in an illustrated book then it is a political statement and if there is a family with two mothers it is also. The question I launch is, and why do you have to interpret each gesture politically, children do not, why should authors and readers? Where are the archetypes? It will be impossible to get rid of that political correctness to write without avoiding criticism of those who read each word as if it were a political act.

The answer will arrived, I imagine that many authors will take refuge in the abstract, in the art of putting a key inside the birthday cake to the child who is serving the sentence of the politically correct.

It is pure personal interest of mine, I write this to understand how to face a project, which part I must resist and which to surrender. The less supportive part of myself tells me that almost better in this way, so there will be more space and market for the type of literature I would like to do, I said I would like to do. But when one is silent, other mechanisms that are not controlled are activated, dynamics are established that end up affecting and in any case it is better not to have such regrets.“

Article of Miguel Tanco on http://www.proyectosilustrados.es/

Today is released day for “Count on Me” published in 🇺🇸 and 🇨🇦 by @tundrabooks and very soon on 🇪🇸 🇫🇷 🇰🇷 🇧🇷 and 🇯🇵 thanks to the team #fiveseventeen @debbiebibo @twinkiethekidd @alicedenussy and @tarawalker19. #stembooks #mathforkids #migueltanco #picturebook #stempicturebooks Looking forward for your opinions. Check it out on your local bookstore on https://www.indiebound.org/book/9780735265752 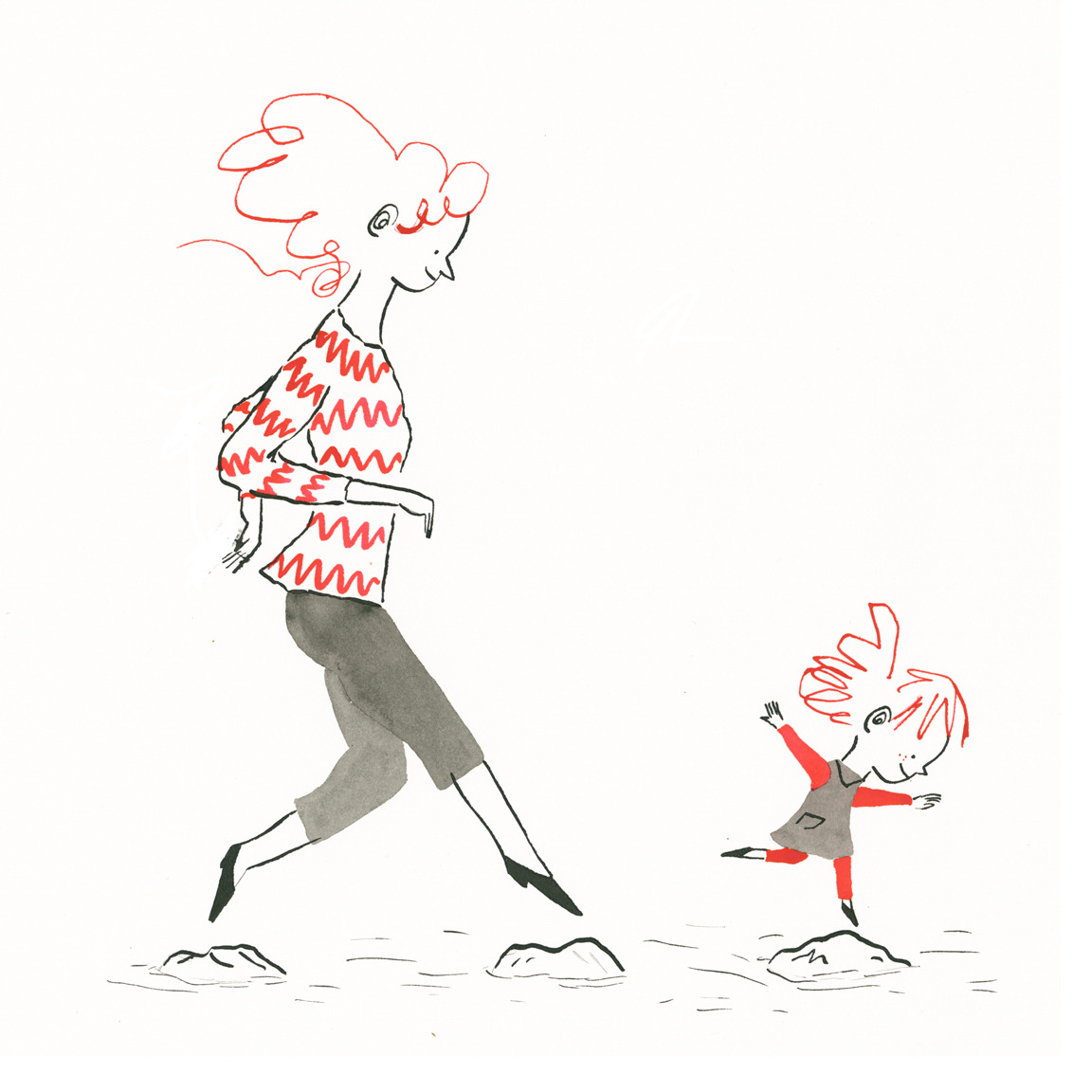 Today is #mothersday in many countries including 🇮🇹 and 🇺🇸. Congratulations to all the moms and specially to @federicabocci. i did #momandmemesndmom thinking a lot about this relationship. Sometimes is like crossing a river from stone to stone enjoying the moment. 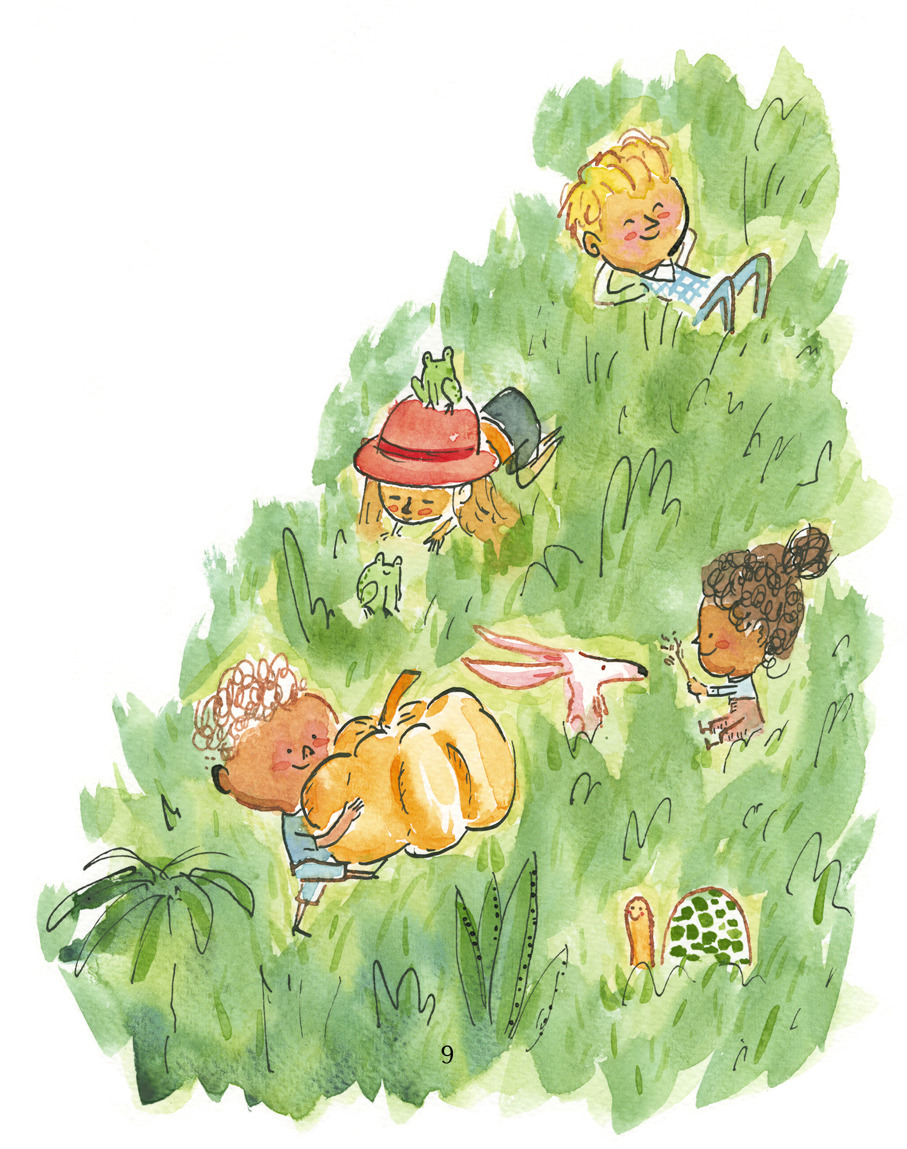 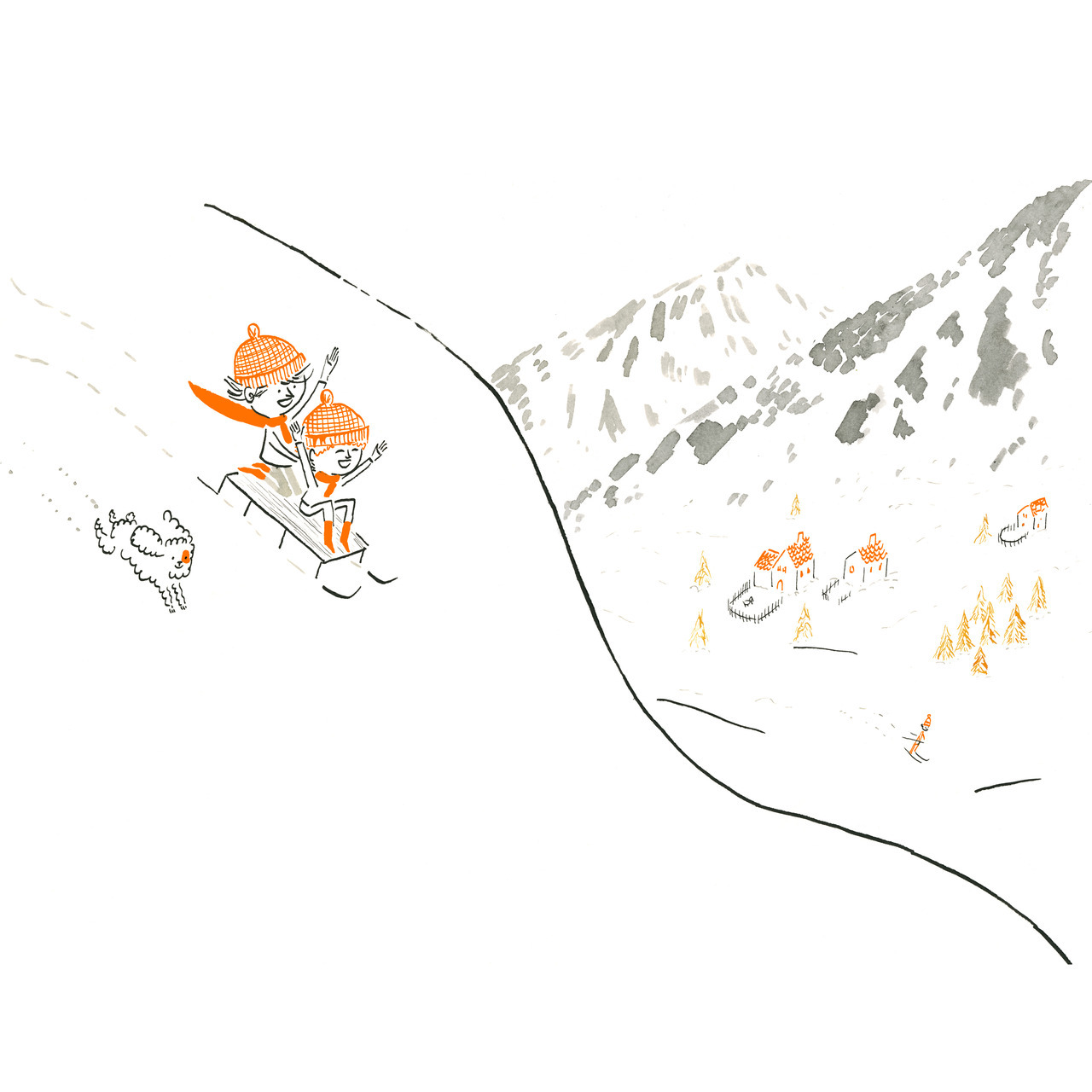 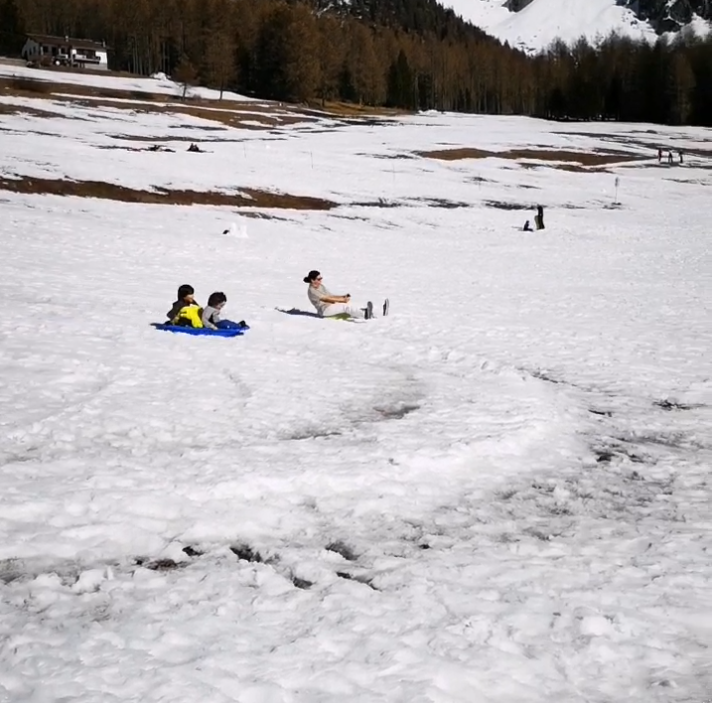 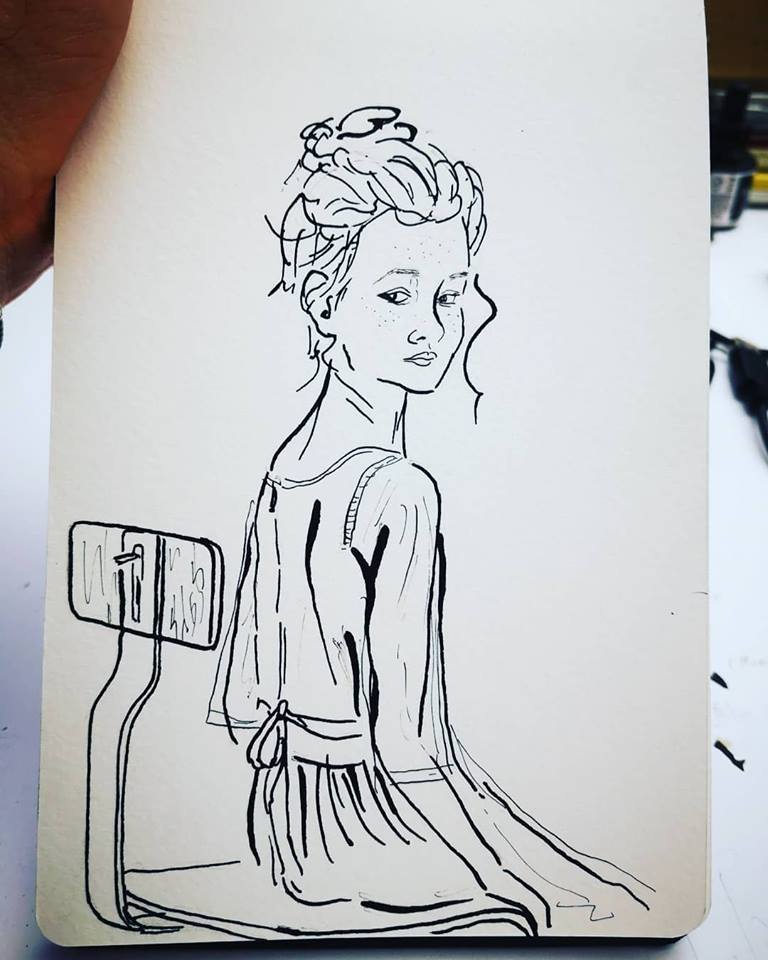 Portrait of the day # 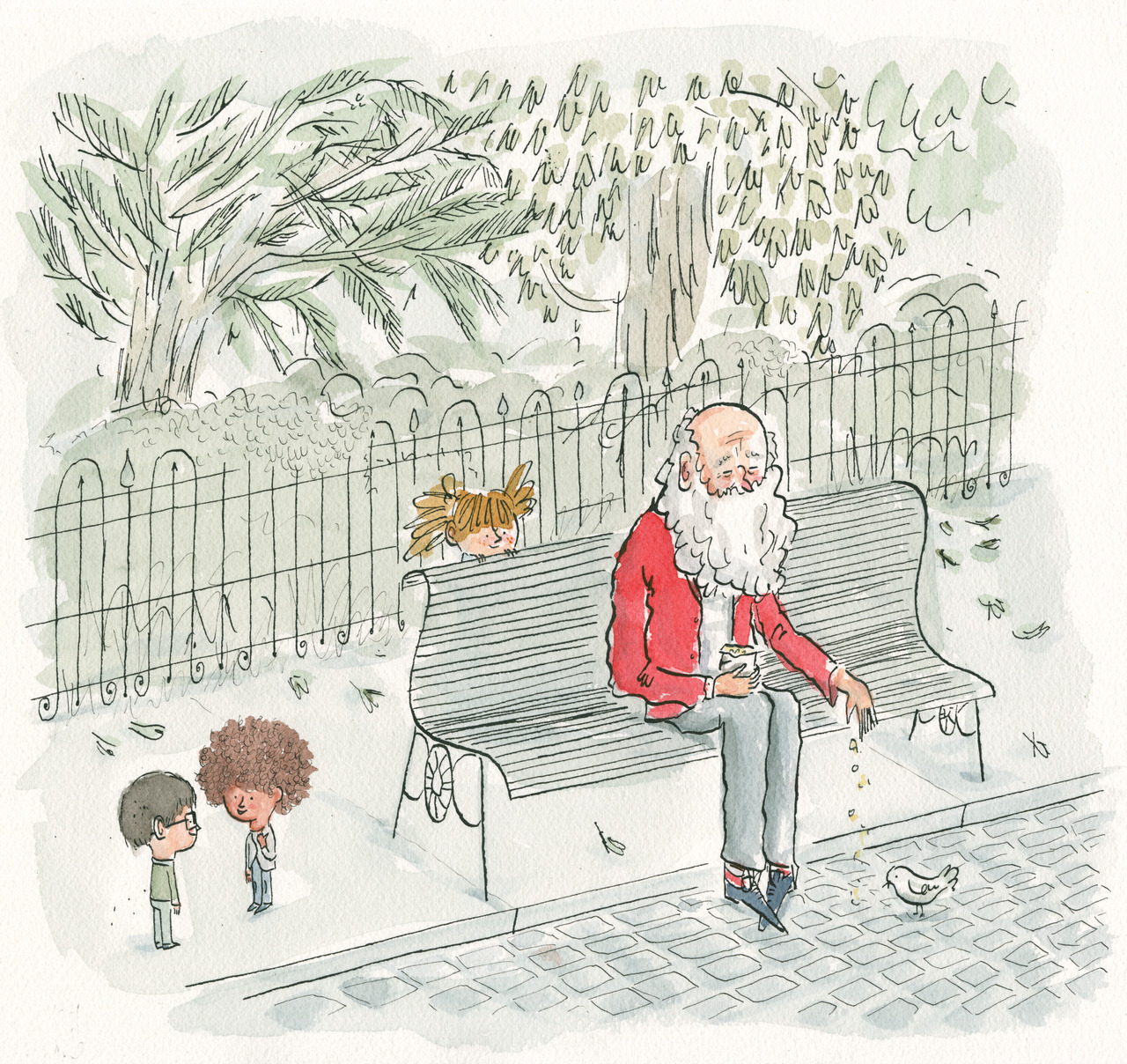 So Happy Holidays everyone ! This is 🎅 is everywhere 2018. I did the first version last year. 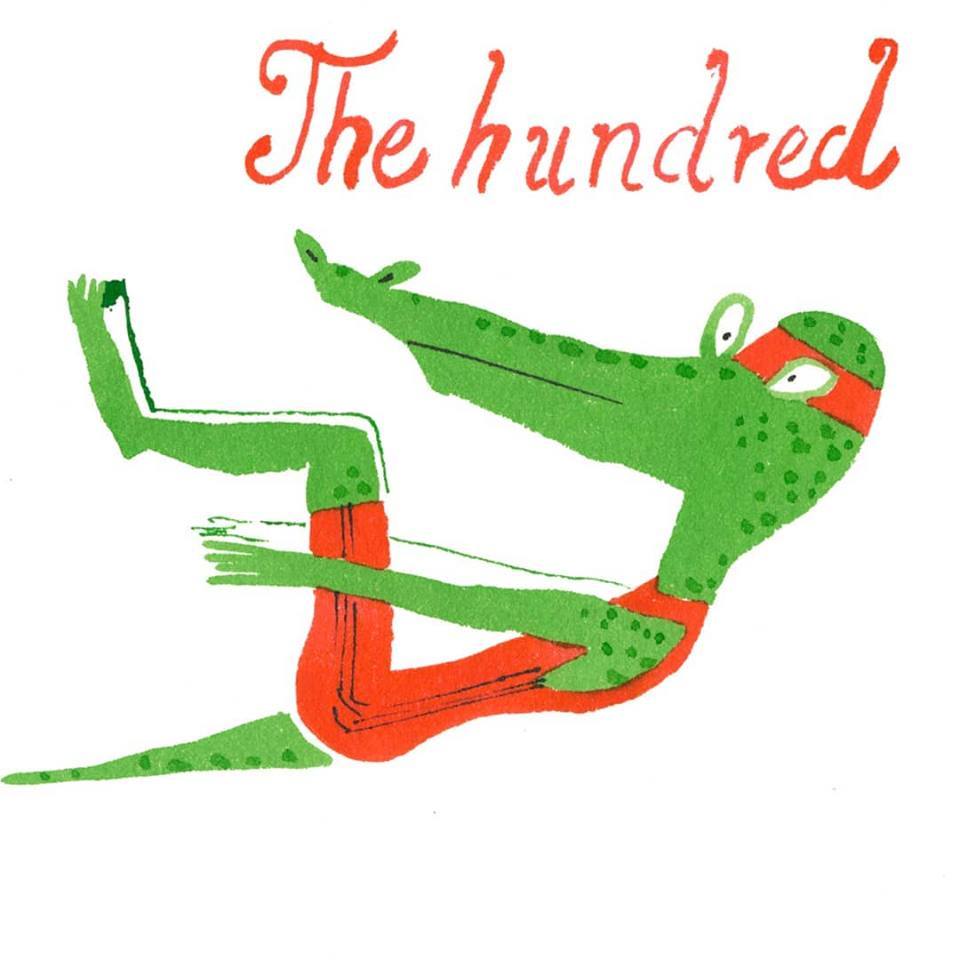 Ready for some pilates aperitivo ? We wait for you at @pilateszonemilano Saturday 1st at 18:30 for a drink w some original illustrations about pilates 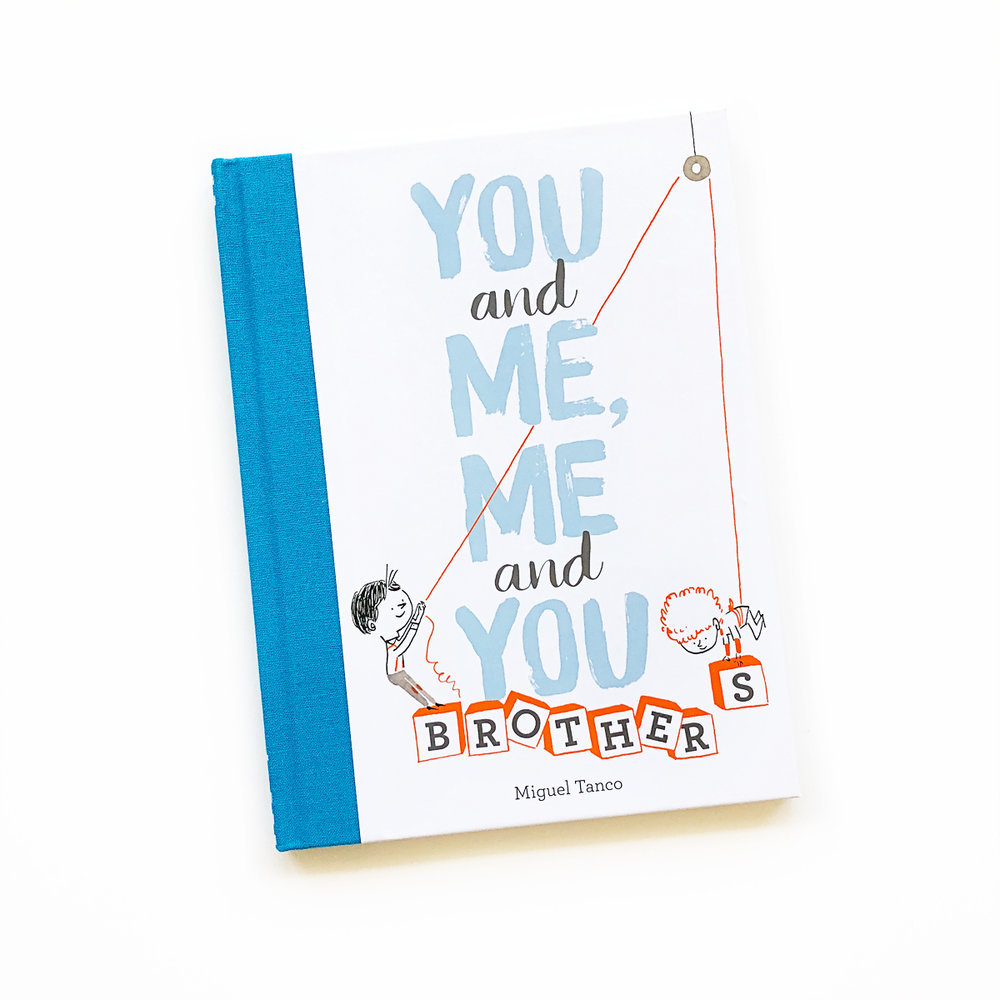 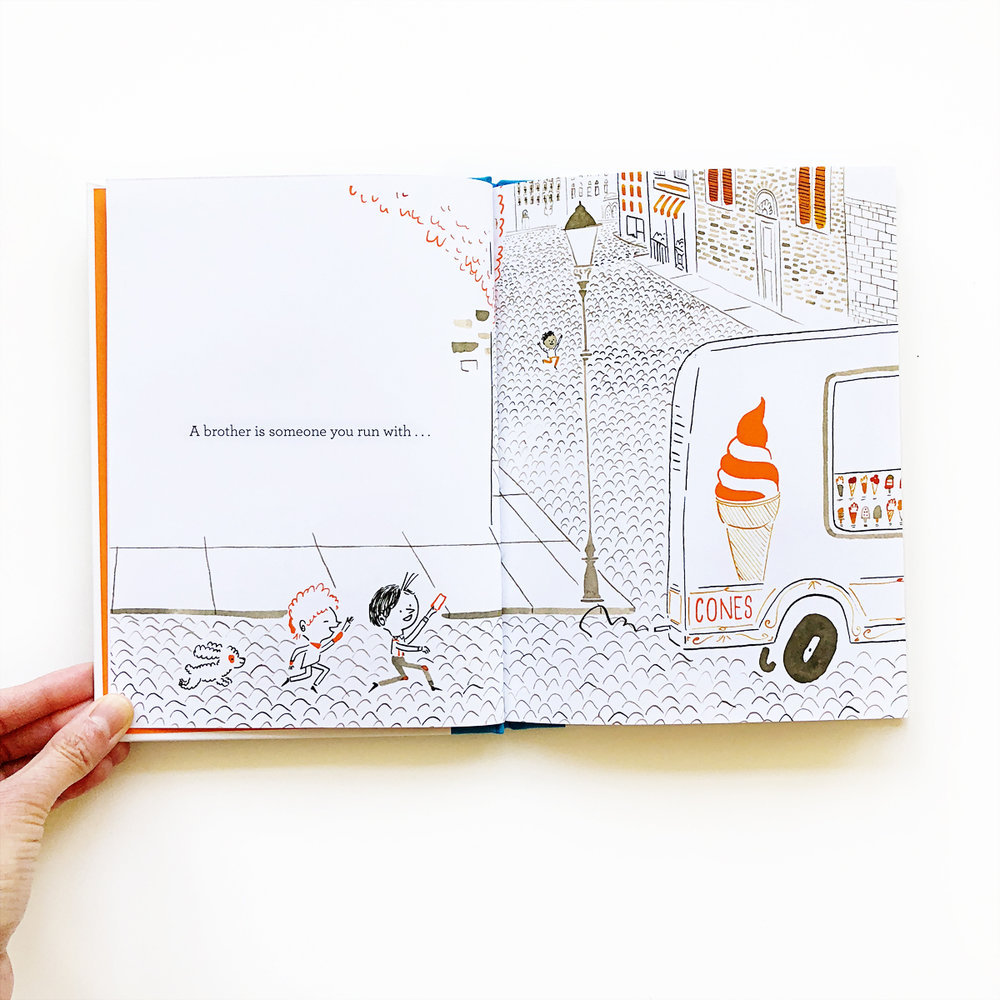 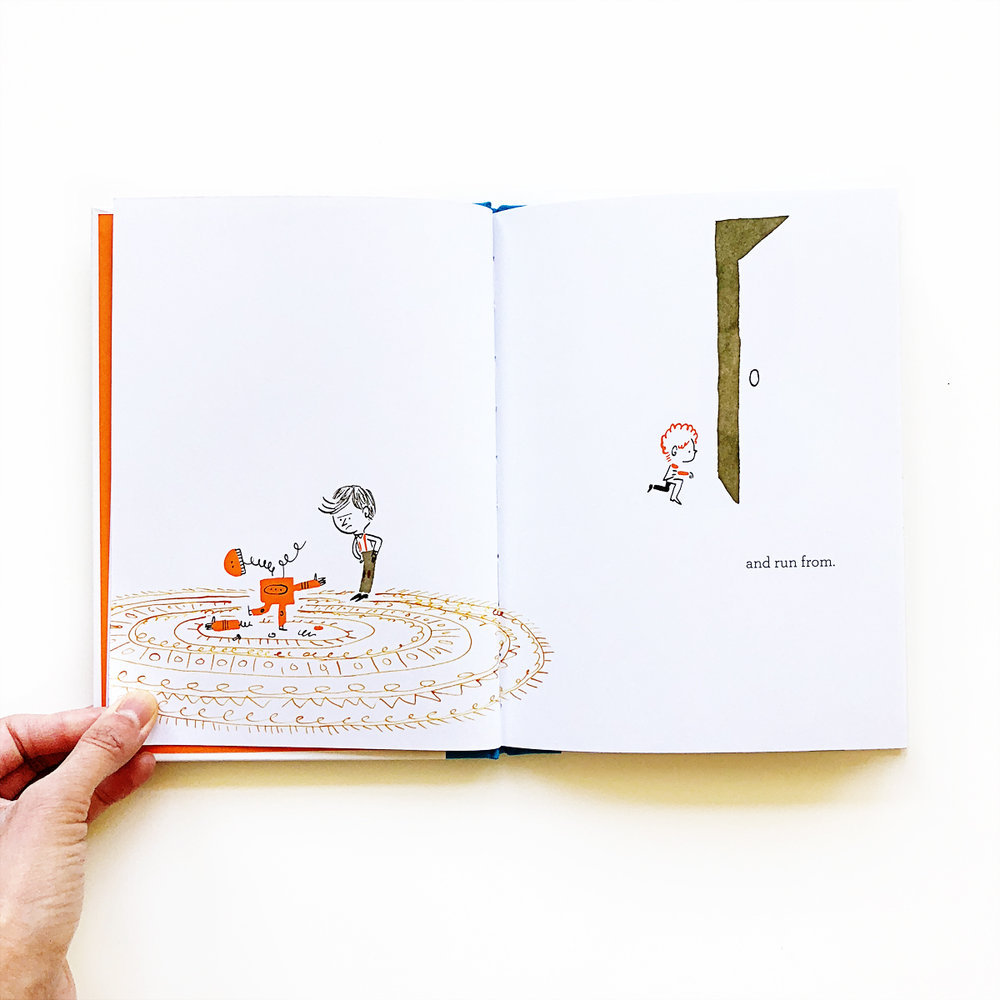 Yesterday it was released in the US “you and me” brothers published by @chroniclebooks. A book to celebrate brotherhood! Beautiful Photos are by @averyandaugustine. Link in bio. @ Milan, Italy 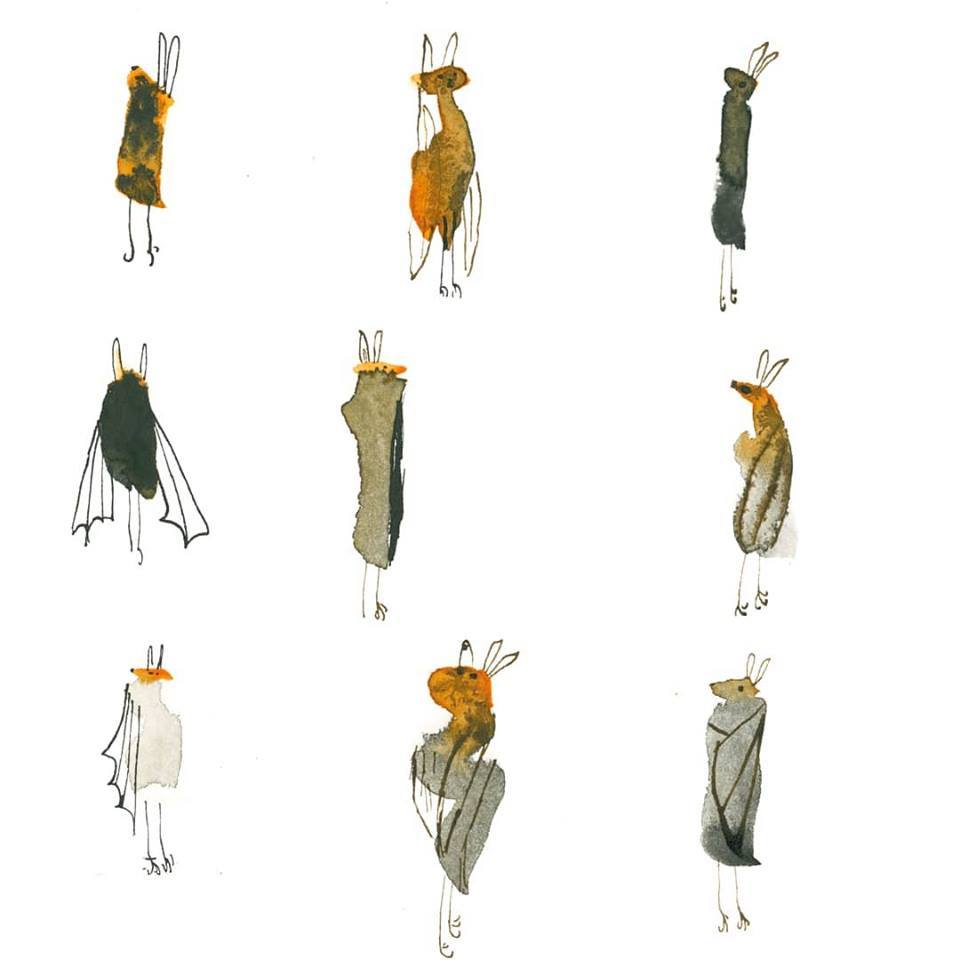 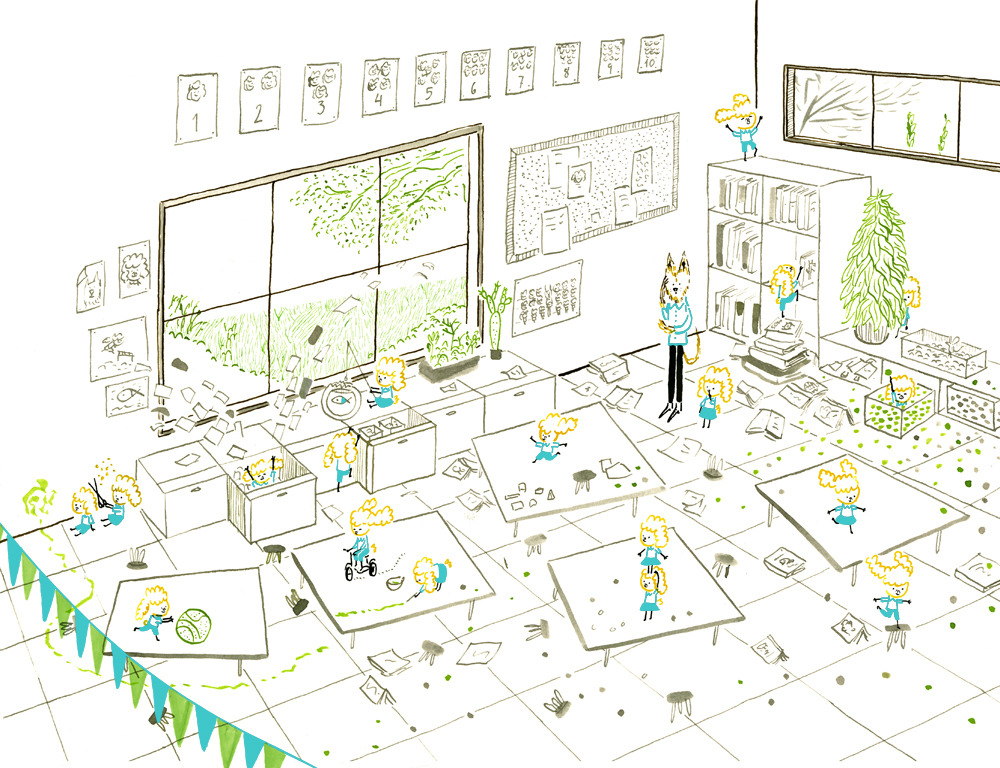 So… How it went the first week of school?